Throughout March and April, we’ll be rolling out High Injury Network (Overview of all) stats for every district in Buffalo, in alphabetical order. Some, but not all, city council members have already begun meeting with us to talk about using their own discretionary budgets to fix the lowest-hanging fruit. Other efforts are to seek greater space in the city’s budget for repair, maintenance or redesign, along with state and federal funding. The Common Council is also circulating a resolution that would show support for the Crash Victims Rights and Safety Act in New York which would do a myriad of things to improve safety for EVERYONE by allowing municipalities to lower certain speed limits to 20mph, give crash victims a day in court, and provide greater funding for construction and maintenance when a city or town actually redesigns their streets with safety, not car speed, in mind.

So as you learn about Delaware District, Joel Feroleto is your contact point on getting this work done. Lives are at stake, increasingly so as injuries and deaths have skyrocketed in our city and state since 2019. 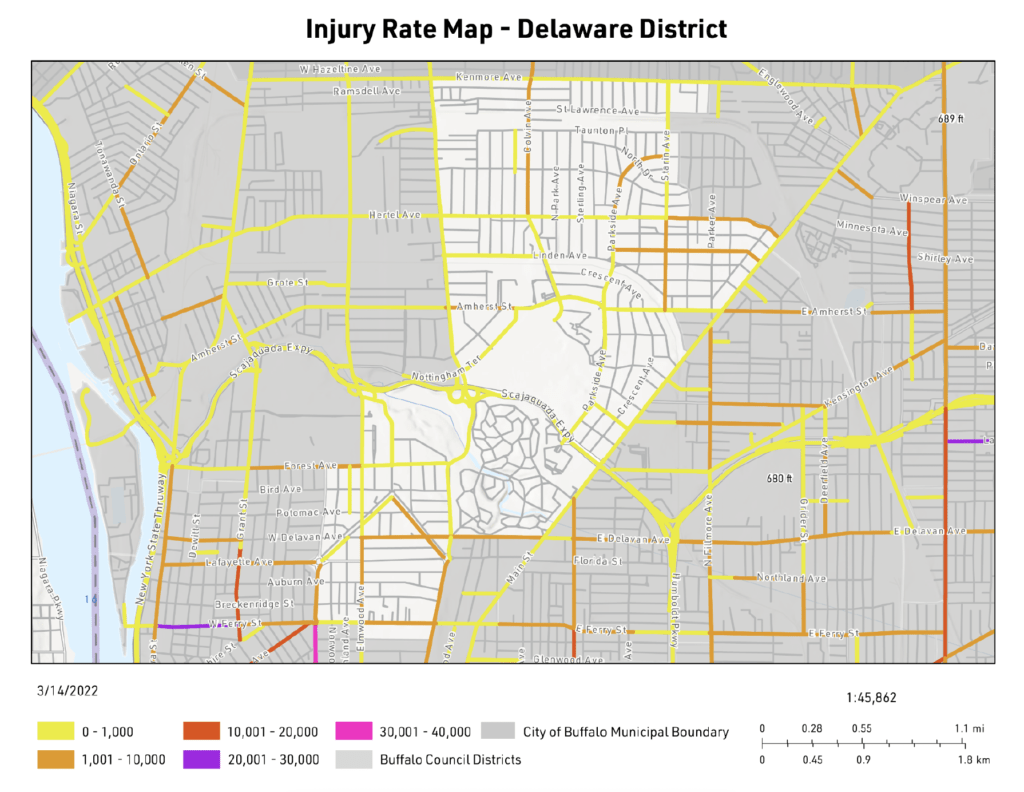