Ulysees O. Wingo is the councilmember for the Masten District. He’s the Senior Pastor of the Antioch Baptist Church and Assistant Professor of Business at Houghton College and SUNY Erie. He earned a bachelor’s degree in management from Houghton College and a master’s degree in public administration from Buffalo State College. He’s been the Byrne Criminal Justice Innovation Program Coordinator at Buffalo Promise Neighborhood and director of the Boys and Girls Clubs of Buffalo. A family man with a passion for community, Mr. Wingo picked biking backup at the beginning of 2020 to gain control of his health and says he never wants to stop.

GObike sat down with Councilmember Wingo to ask him a few questions about biking, sitting on Buffalo’s common council, and mobility justice. Our interview below has been edited for brevity and clarity. 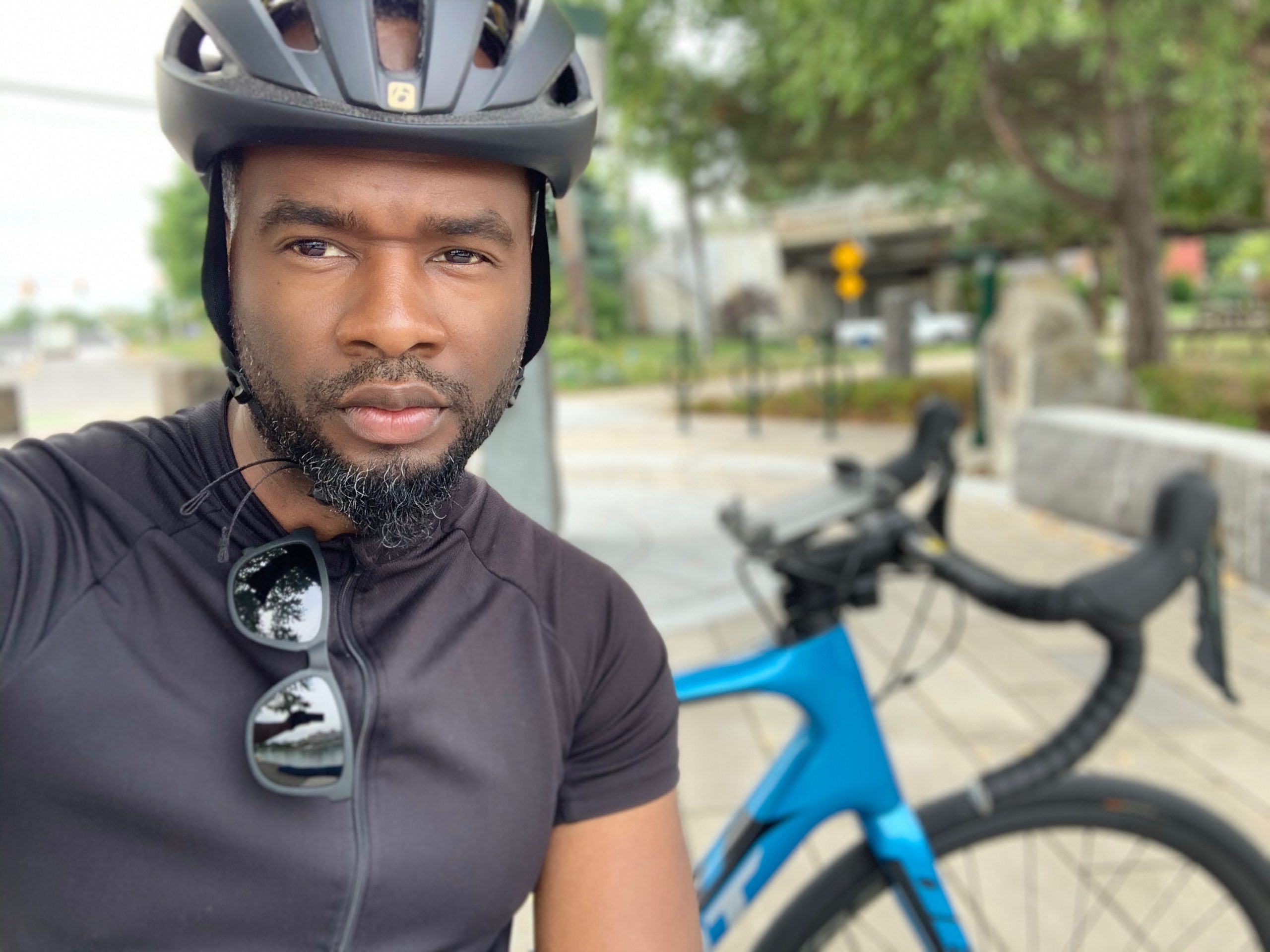 You’ve logged thousands of miles on your bike since the start of 2020. How did that begin?

I started at Mayor’s Summer Youth when I was 14, 27 years ago. I was riding to work everyday as a groundskeeper at Medaille college. I used to ride everywhere. I loved to ride my bike. Then I got a car when I got to college and riding lost its flavor.

Ten years after that my wife and I went and bought walmart bikes. We rode those K-Mart/Walmart bikes for about two or three weeks, and then didn’t ride again for another 10 years.

Then, I went to the doctors this May. The doctor said, “You’re overweight. You have to lose 15 pounds immediately because your cholesterol is high, your blood pressure is high.” I even had glaucoma so my eyeballs were suffering. He told me to run three miles a day. I said, “Doc, I’m not going to lie, I’m not going to run anywhere. A Black man running these days means you are running from something. And I’m not running. So can I ride my bike?” He said, “Yes, sure, that’s even better.”

You prefer riding on trails over roads. Why is that?

To put it simple, I don’t want to get hit. Even though the City of Buffalo has done a lot to accommodate bikers and pedestrians, it’s still quite dangerous. I’ve had two close calls: one was with an NFTA bus on Ridge Road before [GObike] put the bike lane in.

Sometimes, even with bike lanes, the drivers just do not care.

So, I just stick to the bike trails. I have a good 21 mile bike trail I usually do. I also enjoy taking ‘Rails to Trails’ starting at Lasalle.

Does biking change your perspective of the city or what you envision for the city?

Yes. When you are on a bike, you’re closer to the city than you’ll ever be. If you walk everywhere, and, if you bike, you see more than you’ll see in a car. When you’re in a car, you’re looking for street signs, signals, or pedestrians.

On a bike, you see so much more. You notice much more about the street. You see how important traffic calming measures are.

You see how important crosswalks are to be laid out and have good striping. You also notice how much drivers don’t pay attention or regard pedestrians or bikers, even cyclists.

I’ve seen more of Buffalo on my bike than I ever saw in my car. Even in my own district, I’ve noticed streets I need paved. It’s a great experience to have. I think I’m going to bike for the rest of my life.

I read that you were a teacher, does that have anything to do with your support of traffic cameras?

Well I worked in the Buffalo public school district from 2011-2016 as a substitute teacher. I also ran the Boys the Girls club at Build academy. So I know personally teachers and administrators use the surrounding neighbourhood as the campus for their students. As long as kids are in school. they are not safe on the streets if the traffic is not going fifteen miles per hour.

You’d be amazed how fast cars drive past the school during the day. We are outside using the green space to give the kids fresh air.

But when you have cars speeding down the streets it makes no sense. That does play a major role in how I feel about speed zone cameras. I feel like we need to extend them to daycares and college campuses as well.

All your experience–as a pastor, teacher, and professor–seems to be very community based. What led you to that?

I’ve always wanted to be something in leadership or management at a big company so I could make money for my family. Every job I’ve ever had has led me to the public sector or to nonprofit work, helping people. Next thing you know, I became a pastor after becoming a council member. I can’t explain it.

My life’s calling is community.

That diverse background, and having those different jobs in nonprofit organizations and the perspectives they helped me to have, has informed me on how to legislate. Without that, you’d have to depend on other folks’ experience, which don’t really speak on the same level.