A Chat with Dr. Mary Ann Kedron, Member of the Scajaquada Corridor Coalition

Not many can look at the Scajaquada Expressway, a freeway constructed in the early 1960s in Buffalo, New York, and recall life before the steel and asphalt divided Delaware Park, disrupted the neighboring communities, and impaired the local creek systems. The various issues that have further developed since this time, such as a lack of experiences in nature, loss of community connections, and fair access to cultural points of interest, are undeniably pressing today. The division created by the expressway restricts people in their ability to access these areas, especially if they don’t own a vehicle.

The connections that would have allowed progressive economic growth by connecting communities together are lost, and local communities have suffered. In addition, the 198 expressway created barriers to nature, opportunity, and growth for our communities. The removal of the 198 expressway is the beginning solution to a majority of these problems.

Individuals such as Mary Ann Kedron, former President of The Black Rock Riverside Alliance, have spent much of their life working for change.

Dr. Kedron can remember stories of parents, grandparents and other immigrant families walking from where she grew up over on Grant Street to areas like Delaware park through the Scajaquada Creek. They would often stop for a picnic or to enjoy nature, making a day and memory out of it. But, unfortunately, this space and the opportunities to make such memories have been lost to the expressway.

“People don’t know what was there. It’s easy to forget the opportunities communities once had as generations have passed,” she stated.

A reflective statement and one which works to remind people of what the Scajaquada Corridor was in the past, but also to inspire and help others envision the possibilities for the future. Through nature, people develop a unique sense of appreciation and empathy and interact equitably and constructively. Unfortunately, separation and neglect have created islands of economic and social injustice within our community. Dr. Kedron and others see this exacerbated by the Scajaquada expressway keeping people and opportunities apart.

As an epidemiologist, Dr. Mary Ann Kedron spent considerable time traveling and working in rural hospitals and other locations throughout Western New York. She’s seen places all over the greater Buffalo area change in direct correlation to these notable issues. It’s why she believes working specifically with the Scajaquada Corridor Coalition could potentially bring a completely renewed vision to the region at large. There’s now an opportunity to relink and revive cultural heritage areas, create economic initiatives, and reestablish that appreciation of her parent’s time, something the affected communities of the expressway’s impact rightfully deserve.

To Dr. Kedron, the natural areas of Buffalo are the “vascular system “of our community. “Our hearts beat green in Buffalo”–a powerful analogy she developed through her extensive career as an epidemiologist.

Frederick Law Olmsted, the nineteenth-century landscape artist, understood this when he first designed Buffalo’s Park systems in 1868 and 1896. Unfortunately, the qualities of life that he and many others envisioned for Buffalo’s future have been injured and now fall far short of Olmsted’s vision. She recognizes this much as a quality of life issue. 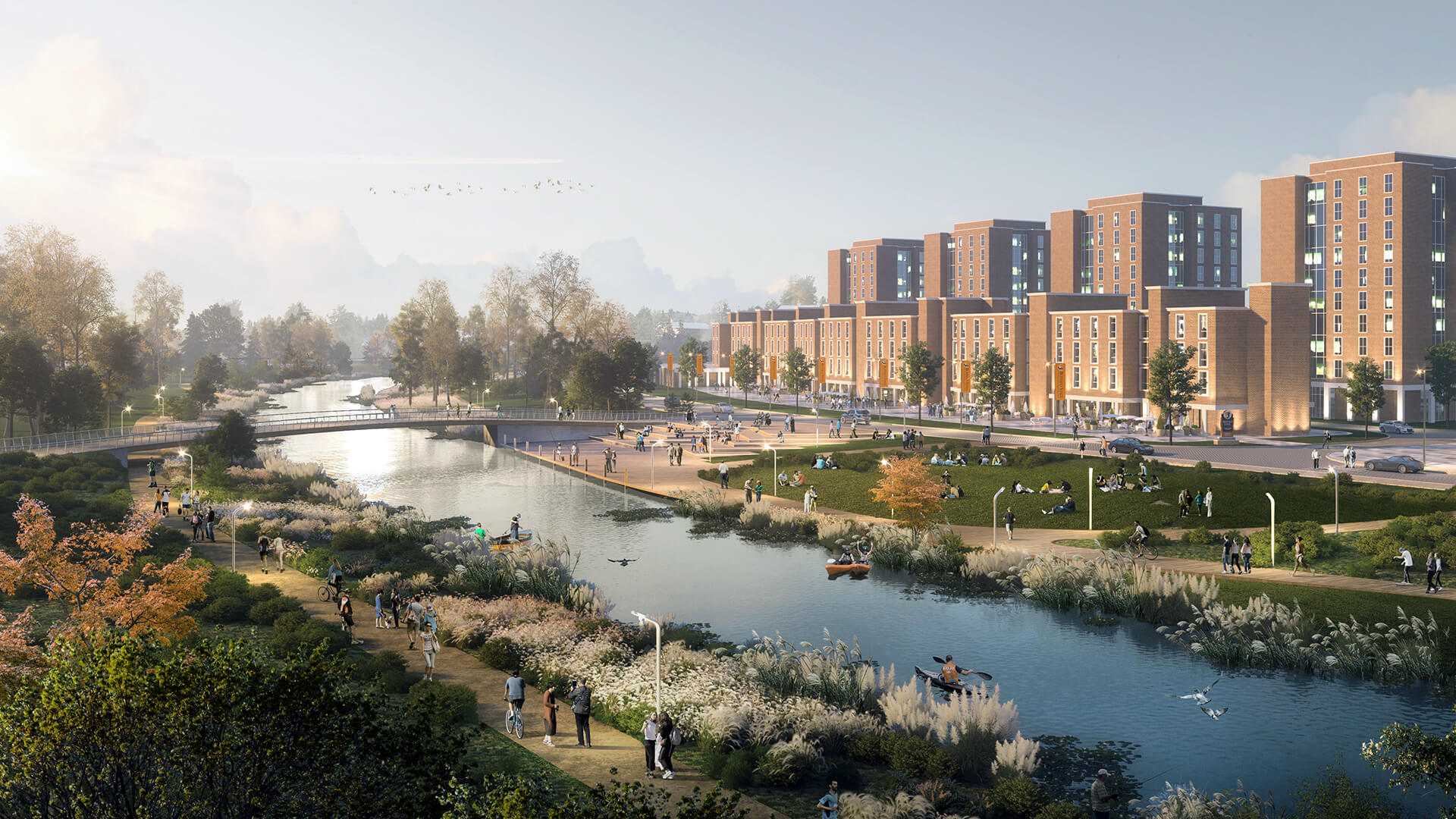 There’s an opportunity at hand to remove the 198 to create a community people want to work and live in. She has emphasized that planning for the next century should focus on access points for affected communities and re-growth. The loss of three to five minutes of driving time is a small cost to benefit a large portion of our city.

Now more than ever, Kedron recognizes that the City of Buffalo needs to seize this once-in-a-lifetime opportunity.

“How much more valuable is the zoo, museums, and other local cultural centers if you connect them?” she asked.

Most importantly, we need to think about the people. She loves the diversity the Buffalo communities exhibit; it’s what makes us unique. Focusing once again on our future far and wide depends on our youth. The early exposure to parks, a clean creek system, educational programs, and infrastructure associated with them leave lasting impressions.

“Impressions are made in real life, not on computers. Kids will revel in that!”

She knows all too well as she has seen firsthand examples in the community gardens she’s helped facilitate.

“Everyone should be able to have those little moments,” she expressed.

The removal of the Scajaquada expressway is the start of that vision to allow our city’s heart to beat green, and individuals like Mary Ann Kedron are fighting fervently and exhaustively to see this vision become a reality.

Join the Scajaquada Corridor Coalition and get involved directly.