The City of Lackawanna built the region's first protected cycle track on Ridge Road in order to slow traffic. Then, when drivers complained about having to slow down, the city decided to remove it.

Ridge Road in Lackawanna before the GObike project was implemented. Complaints about speed on this stretch prompted the city to take action.

In late summer 2020, Lackawanna became the first municipality in the entire region to install a protected bike lane onto one of its streets. The plan GObike developed for Ridge Road, in partnership with the city, with full approval from the city council and mayor’s office, was meant to slow traffic and make it easier and safer to walk and bicycle. A byproduct of the project was to enhance livability for nearby residents and make local businesses along the corridor more accessible.

Residents of Lackawanna’s First Ward had voiced concerns that it was dangerous to access Ridge Road by car, or especially to cross it on foot or ride a bike on it due to high rates of speeding. As Ridge Road was their primary access point to everything else around, the city took action.

The design that was selected and approved by Lackawanna Mayor Annette Iafallo and the city council was focused on slowing cars down and utilizing the extra space to create protected bicycle lanes along the corridor. This type of design has demonstrated a significant benefit for the safety of all users, not just cyclists, in cities and towns across the country. 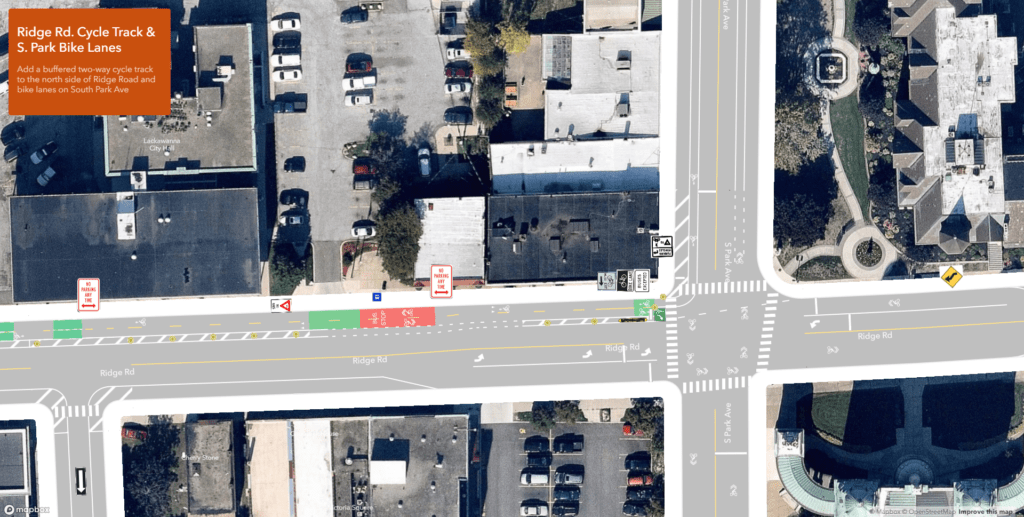 A portion of the GObike design that was approved by the City Council and Mayor. Here, car and bike paths intersect at Ridge and South Park.

How did the project perform from completion in late summer until late October, when the temporary delineators were removed to resume snow plowing? Very well! For only $13,000 spent on this redesign of Ridge Road, traffic speed was reduced and bicycle traffic was up. You can read the full report right here.

GObike’s team of engineers, planners, advocates and volunteers implemented the approved designs along Ridge Road before the end of summer 2020. 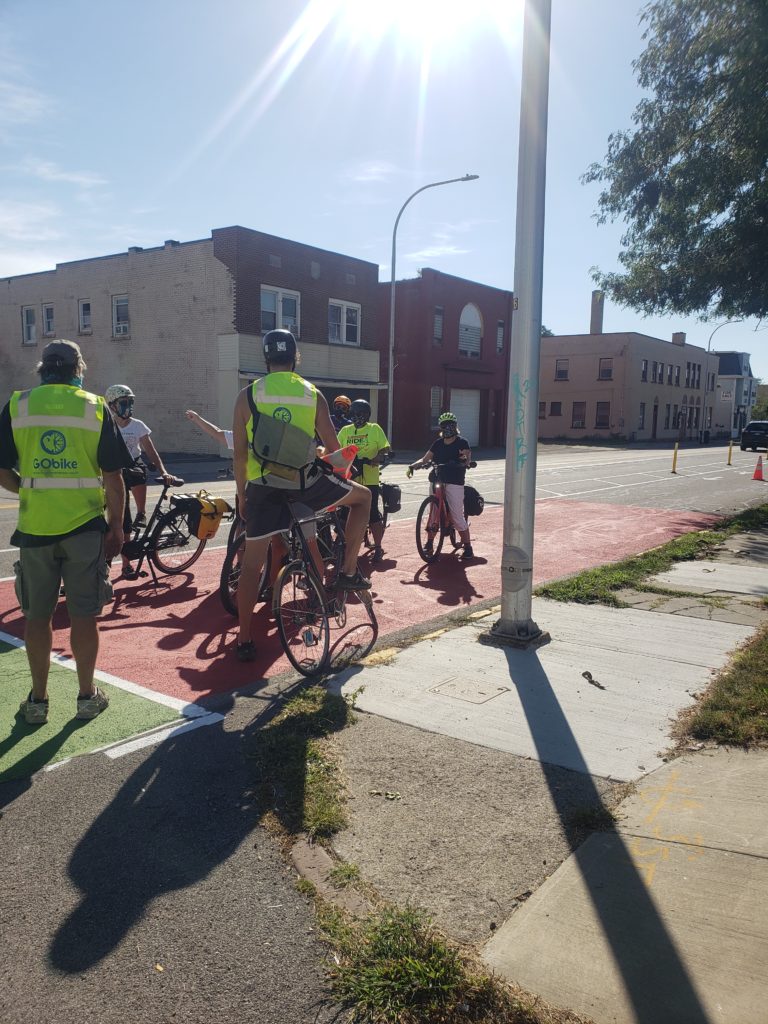 However, complaints were received immediately after implementation. They voiced frustration with lane reduction and the resulting need to slow down and pay increased attention to traverse the corridor in a vehicle. This was, of course, the purpose of the project. Unfortunately, the city’s elected leaders acquiesced to these concerns about reduced speed.

Ridge Road, and the majority of this project, has now been re-paved. While their new re-striping plan has a combination of bicycle lanes and shared lane markings, the project ultimately falls short of the initial aspirations to improve access to small businesses and opportunities for people of all ages and abilities in the city. It does so in the name of allowing cars to travel faster despite the positive impacts the project brought to their community including improved vehicular speed compliance, a 280% increase in bicycle traffic, and enhanced pedestrian safety.

The Mayor and council deserve credit for their bold decision to implement the pilot project that re-configured Ridge Road in Lackawanna. We have learned that a better process to engage the community would have yielded more support for the temporary project. Niagara Street in the City of Buffalo, which was permanently transformed to calm traffic, improve transit access and included a two-way protected bicycle lane, is a precedent setting example for the rest of our region to follow. We trust that in the future, the City of Lackawanna may look to this as a model as well.

Want to learn more about our expanding work to empower community members to advocate for safer streets in their neighborhoods? Subscribe to our newsletter in the box below, or consider becoming a GObike member.