Our policy of relying on property owners to clear sidewalks has failed dangerously.

This winter, still not half over, has made it abundantly clear that Buffalo can no longer rely on property owners to clear their sidewalks, which are owned by the city.

While the city worked to just get roads clear, pedestrians were left with nowhere to go. Either trudge through the feet of snow and ice on what used to be a sidewalk, or step into a street, cleared or uncleared, and hope car drivers took mercy enough to slow down and dodge you. 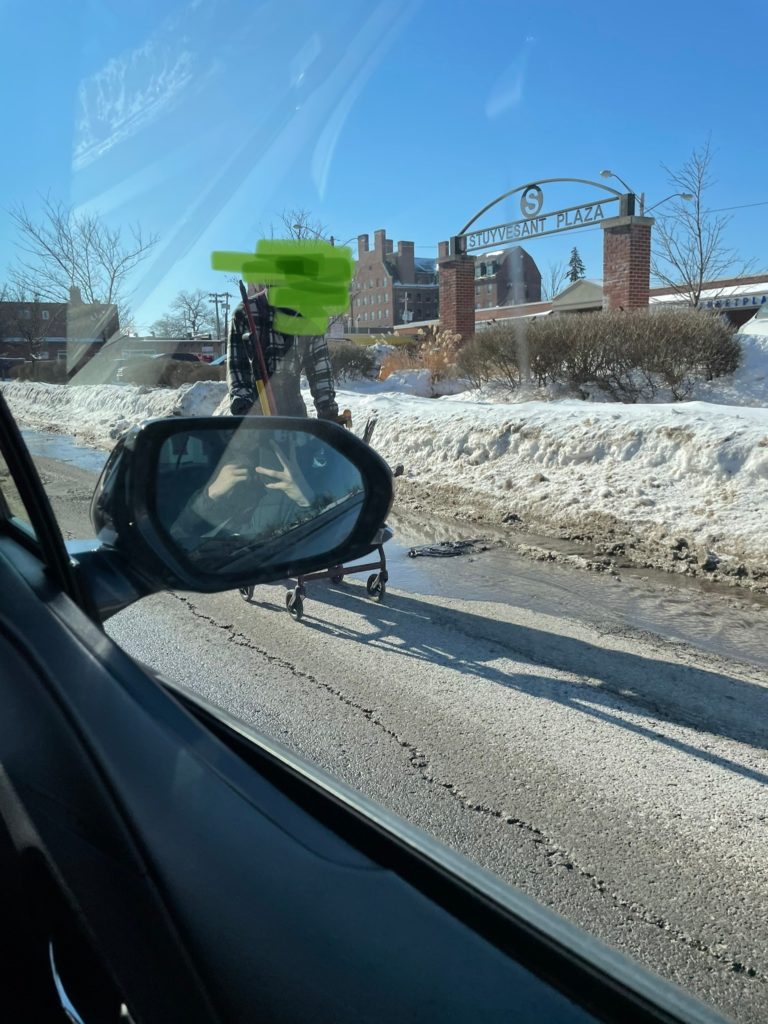 Amidst a dramatic rise in reckless driving state-wide, and a corresponding jump in traffic violence and deaths, we cannot continue to relegate pedestrians into the streets in a city where dealing with snow was once something we prided ourselves on doing well.

There’s hope for the future. Rochester and Syracuse have already implemented municipal snow removal programs, and Buffalo’s time may be coming soon.

GObike chairs the Bicycle and Pedestrian Advisory Board, which provides recommendations to the city on the implementation of plans, policy, and projects to ensure safe travel for all roadways users is considered (Not all transformations mean new bike infrastructure).

A board of the city council, the Bicycle and Pedestrian Advisory Committee is charged with the review of on-going and future infrastructure projects to ensure they best accommodate the needs of all roadway users including pedestrians, bicyclists, and people with disabilities. Meetings are open to the public and held on the first Tuesday of each month at 5:30 pm. 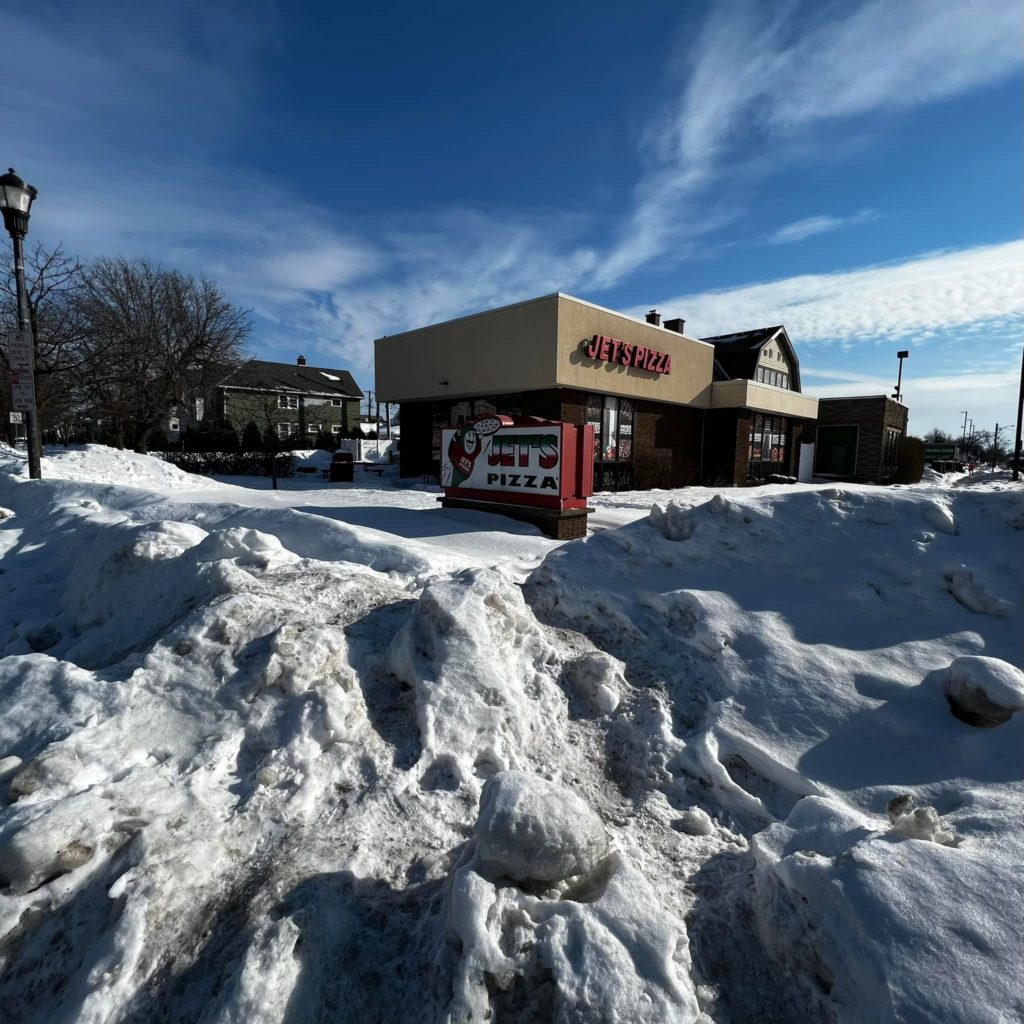 Golombek is sick about the current state of affairs.

Last night, North District Councilmember Joe Golombek attended. He made a critical revelation that upon seeing a constituent in his district in a wheelchair wait for the bus in the street, entirely exposed to oncoming traffic, he was sick over how we were treating that person, people around the city with disabilities, and non car-drivers in general.

Golombek’s been leading the charge to pilot a snow removal program. In June, he was joined by Councilmembers Wingo, Wyatt and Nowakowski.

Here’s the resolution that was most recently tabled on January 4, 2022:

Last night, the Bike Ped Board joined the movement with a unanimous resolution of support to fund municipal snow removal in this year’s budget.

It was prefaced by this letter from our Executive Director Justin Booth:

Bicycle and Pedestrian Advisory Board 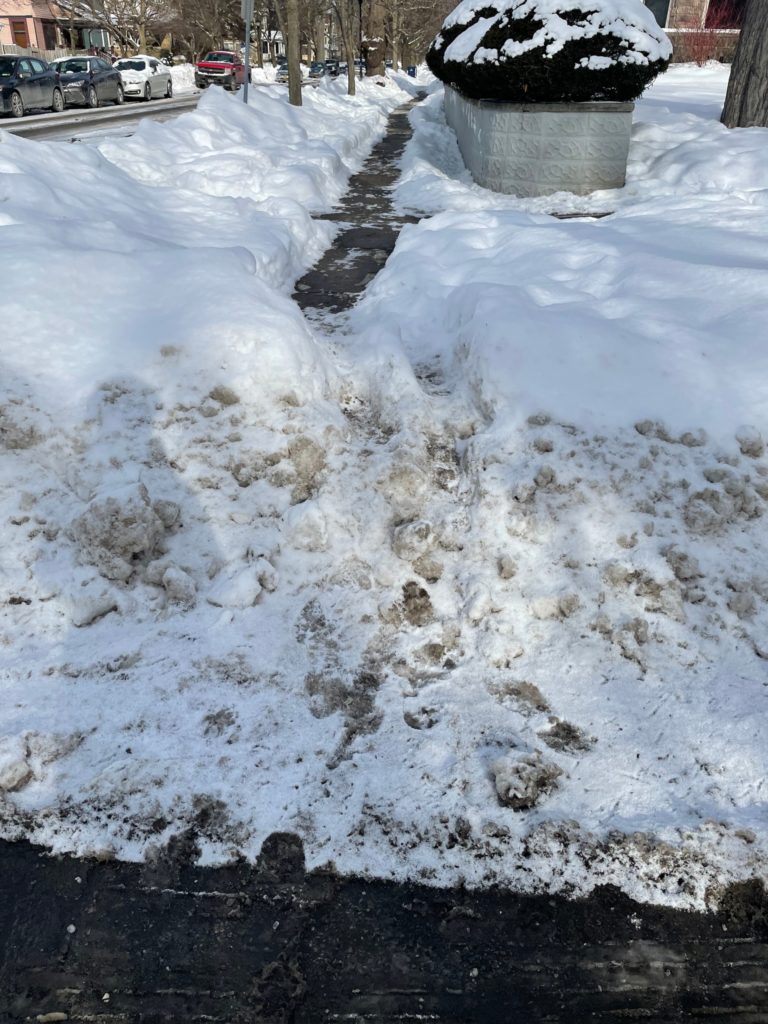 And here’s the resolution itself:

Whereas, Buffalo has a significant population considered vulnerable roadway users with  nearly one third of households without access to a vehicle, 22.6% under 18 years of  age, 12.4% over 65 years of age and 12.9% living with a disability;

Whereas, The latest snow storm in Buffalo which dropped well over a foot of snow  crippled the city with people home from work and children off from school all because  we cannot move vehicles from our streets;

Whereas, Cities as nearby as Syracuse are utilizing new technology, powered by GPS  trackers in all city snow plows, that allow residents to find how recently their streets  have been cleared of snow, and;

Whereas, The City of Syracuse has allocated $650,000 annually to clear snow from  a hundred miles of heavily travelled sidewalks;

Whereas, If we had built, or began to rebuild our city centered around people, not cars,  we wouldn’t have been so terribly crippled by this latest snow storm;

Whereas, Walkable neighborhoods aren’t just something nice but are critical pieces of  infrastructure that keep cities moving in all weather conditions;

Now Therefore, Let It Be Resolved that the City of Buffalo’s Bicycle and Pedestrian  Advisory Board urges the City Council and Mayor to allocate the appropriate resources  to establish a sidewalk snow removal program and invest in the necessary technology  to ensure that the city’s most vulnerable roadway users continue to have access to their  daily needs. 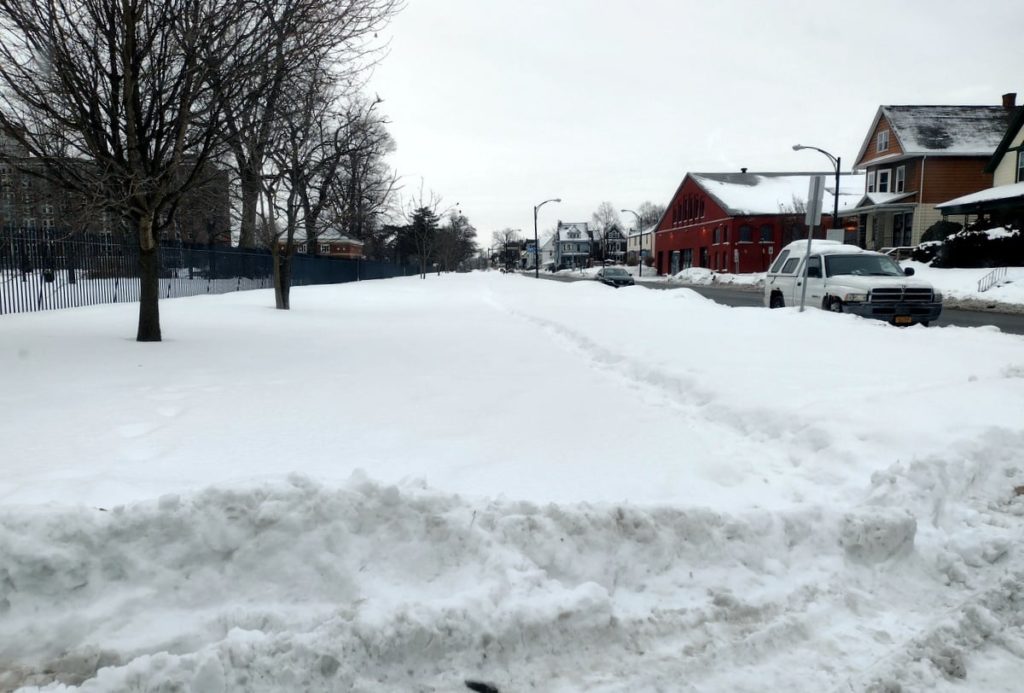 So what can you do?

Contact your city council representative! Ask them to also commit to supporting municipal snow removal in this year’s budget.

Contact the mayor’s office! Ask him to also commit to supporting municipal snow removal in this year’s budget.

Call 311 wherever you see a neglected (or worse, buried by a private plow service) sidewalk, curb ramp, bus shelter, bus stop! 311 is effective in getting things done, and it’s also a data mine. The more calls it receives for things like this, the more likely it will be prioritized in future budgets.

This is a matter of protecting our citizens, our neighbors, and keeping the city accessible to everyone, regardless of the weather.

There are pages and accounts and groups all over social media where people are discussing this. Please share this article and this call to action with them, but remember that your representative isn’t crawling social media to see what they should do next. They should be contacted directly.