The joy of not constantly looking over your shoulder for cars.

It’s a park. Not a parking lot.

At the very beginning of COVID, as the city encouraged Buffalonians to get outside to socialize with some distance and exercise, we immediately banned cars from Delaware Park’s Ring Road and in South Park’s Ring Road to create that additional space along the paved road. People subsequently flocked to the parks in droves! On roller blades, long boards, sneakers, cleats and on two and three wheels.

Finally, parents allow their kids to meander the way children tend to do without fear of them being crushed by one of the cars constantly streaming by over their shoulder. Finally, runners use the center of the road, balancing their stride, rather than being pushed off to the shoulder where the hip and back problems followed from running along a downward slope. Slower cyclists don’t have cars tailgating them just so they could drive faster through an Olmsted park. It has been glorious! It continues to be glorious today!

This was one of the only infrastructure changes the city made to encourage public health and recreation during COVID. Buffalo has done something that leading cities in our country are doing too. It’s been two years of spending time moving around with friends and family without a car in sight. Now as mask mandates lift, the city is considering removing the ban on cars as well. Why? For more parking? Have we not seen how many things in this city have been destroyed by the push for more space for cars? We cannot turn back all this progress that has benefited so many, just to placate to a special interest in the park that caters only to those that can afford to pay for entry.

When Olmsted designed these parks to be the lungs of the city, cars and their exhaust and their engine noise and their leaky oil and their inherent danger to the park’s children and adults were not part of his plan. Previously, the only section of Delaware Park’s Ring Road without cars was adjacent to the noisy, polluted stream of cars on the 198. There was no escape anywhere. But we restored that vision. We brought back that level of joy.

Please take the survey the City of Buffalo and Olmsted Parks have put out and declare your support for keeping Ring Road car-free, as it has been for two years already. Let’s not turn back the progress we’ve made. 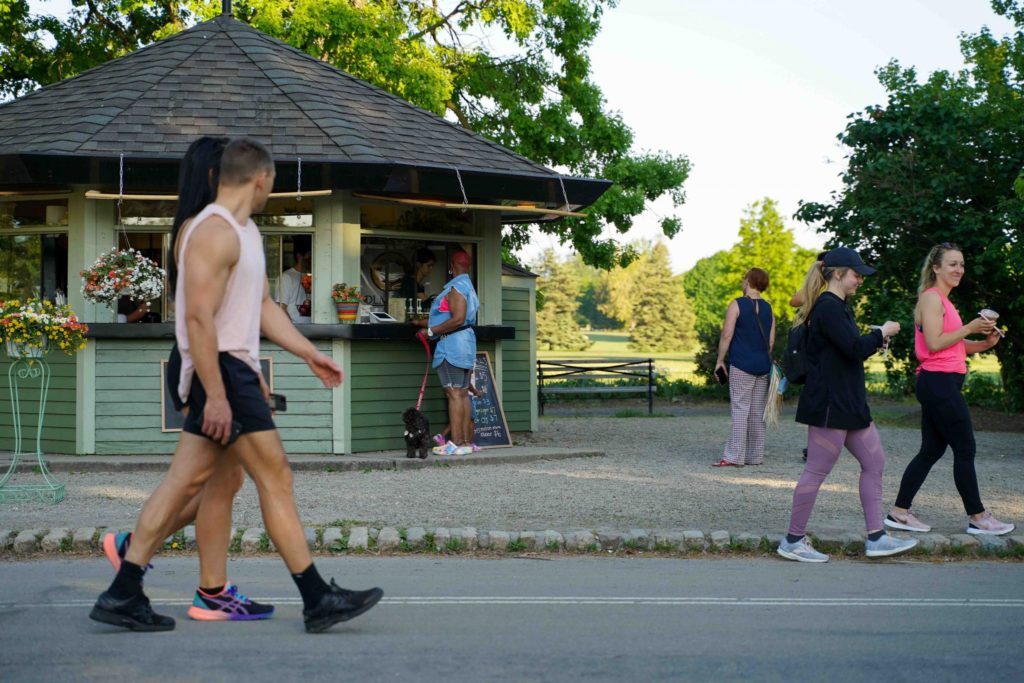 We should acknowledge that there have been conflicts between cyclists and walkers in the parks. Where cyclists are seeking speed, and walkers are seeking to freely meander along the road. This spring, we’ll be rolling out education campaigns for cyclists on being good citizens, good users of the parks, and highlighting where else they can ride to find the speed they’re seeking. Let’s all work together here, folks.