When you’re in the bike advocacy business, and the Covid-19 epidemic makes it harder for car-less populations to get around (~30% in the City of Buffalo), usually to low-paying essential jobs, it’s imperative to look for creative ways to make that happen.

At GOBike, we brainstormed a bunch of ways that we might do our part to help essential workers. We all desperately wanted to ease the burden of people who have essential work.

We’d heard about some BikeMatch programs popping up, and, as GObike’s community outreach director, I reached out to NY and DC match programs. They shared their program structure, process, and materials. By mid-April, Buffalo was host to one of four BikeMatch programs in the country, along with Washington, DC, San Francisco, and NYC.

Buffalonians are some of the most generous, thoughtful people I’ve ever met (I’ve lived all over the US and around the world, so I have some authority in saying that). It was, then, no wonder that people started signing up to give bikes. Some, like Kara Kenney of Slow Roll, gave two bikes to some very grateful individuals.

Another Slow Roll Squad member who participated was Ray Lang, one of these perpetually helpful people. You’ll be turning around, figuring out what you have to do next, and he’ll just pop-up and say, “Do you need some help?” Ray wasn’t going to miss an opportunity to be helpful and share the joy of cycling. He considered his wife’s bike, which she hadn’t ridden in years. He put some elbow grease into the little bike, making sure it could shift and stop, cleaned it up, and filled out the donation form online.

By the time Ray came to us, we’d been asked to participate with a nationwide registry. On the national registry, people pick the city nearest to them. Via the form, we received requests from as far as Brooklyn to the Philippines.

Ray made arrangements with a woman who put in a request for a student. “When I met Pablo, he didn’t speak English very well, but he said thank you about 15 times.” Ray’s donation seemed to be exactly what Pablo needed; after saying his final thank you, Pablo was off, with a quick wave goodbye, riding his new bike to places he apparently couldn’t wait to get to.

The San Francisco developer, Stephen Braitsch, founded the national bikematch registry. He is committed to getting bikes to people that need them.

“We have essential workers here because bus service has been suspended in certain places, or doesn’t come as often, are walking to and from work,” said Braitsch. “One woman was so overcome with emotion to get a bike. When she wrote us, she told us she’d been walking about 10 miles round-trip every day. Can you imagine walking 5 miles to work, then working a 12-hour shift on your feet, then walking another 5 miles home?”

To date, Buffalo cyclists have given away about 20 bikes, but there are still many people on the waitlist in need of a bike. We use the honor system and accept when bike needers tell us they are using it for work or other essential activities. People have seemed to be pretty honest. Some who need a bike need it for exercise. When we are faced with two people who need a bike and the most recent donation can go to only one of them, we prioritize the person with the greater need.

We need more bikes. I gave away two bikes. I asked myself if I really needed them; the answer was no. I have my work bike, commuter bike, winter bike, and trailer hauling bike. If I was frank with myself, there are about three of my bikes that were taking up space.

I gave one of my bikes away, a bike I cherished, a pink fold-up I brought back from being stationed in Korea. I name my bikes, and this one was Wilma, after Wilma Mankiller, the first female chief of the Cherokee Nation. I gave the bike to a woman who has fought incredible odds and suffered greatly for doing the right thing. I told her about my bike, and she appreciated first that I was giving it to her, and then she told me she thought it was great that I named it what I had. At that moment, in a caring smile, the bike ceased to be mine and became hers.

When you give a bike, you give love to someone who needs it. 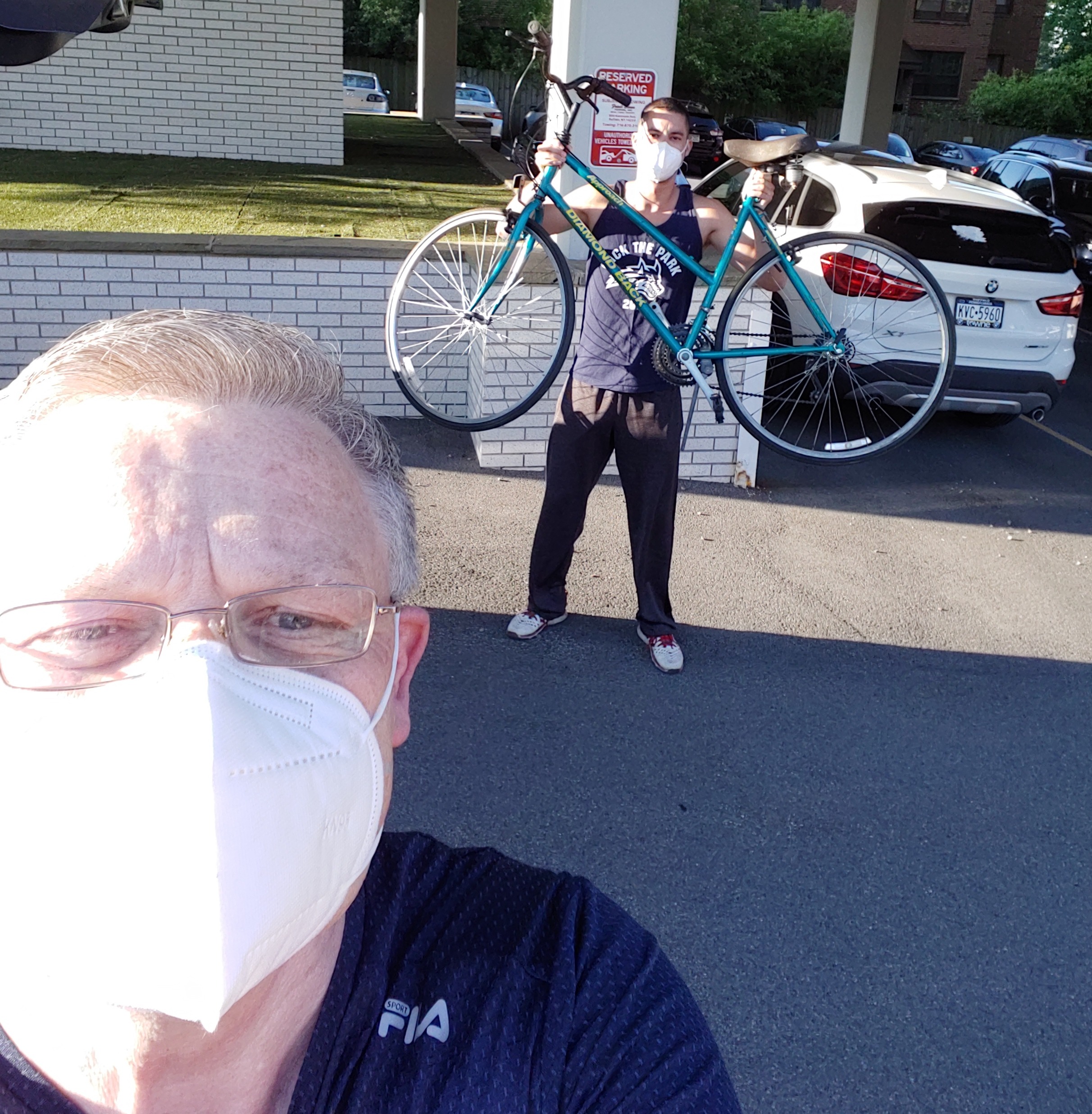